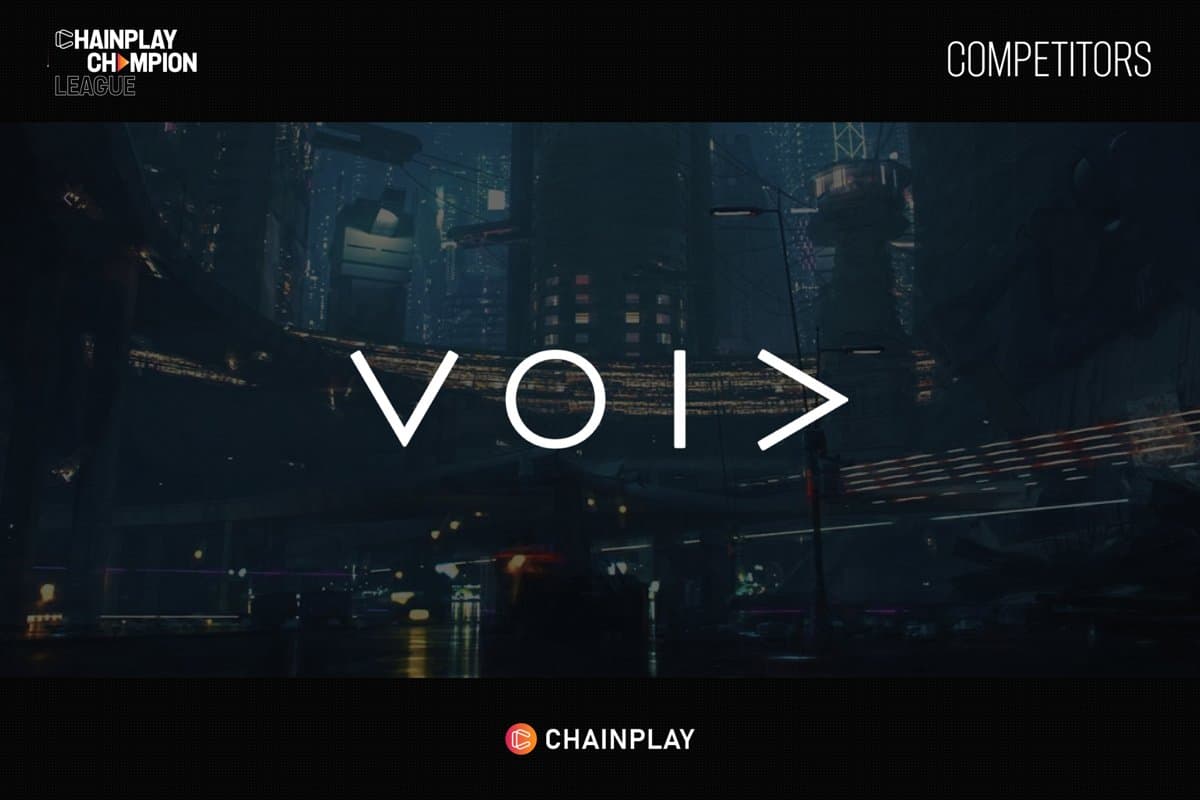 Void is an online AAA multiplayer NFT Play and Earn game in which you can customize your characters' appearances while earning through various solo and squad-based battling modes. Whether you are a warrior, a host, a spectator, or a cast member, you will be completely immersed in the three breathtaking worlds and arenas that are completely controlled by the players.

The game is being built on the SOLANA blockchain, which means that players will be able to make quick transactions with minimal fees. Moreover, the game is utilizing Unreal Engine 5, this alone raises the bar for AAA blockchain games. The game is set fully launch at the beginning of 2023.

The game is not free to play, but play to earn. In order to play the game you must first own an NFT player.

Humans have lost the war against machines and the planet has become a wasteland. While the humans gathered their artillery to destroy these AI-based machines. The machines had used their ever-increasing intelligence to move the Earth from its axis causing a modern ice age that almost completely wiped out the human population.

Those who managed to live now struggle to survive. Humans hide from the robots, who now consider humans as playthings rather than a threat. There is a massive arena in the middle of the city where rogue humans are caught and sent to battle for their lives.

Players that start with a basic character can choose between evolving classes, each has more than 60 skill options. You can alter appearances to make your NFT stand out. Characters can have one of 5 classes ranging from common to legendary.

There are also 4 main characters in the game:

Anders lives in the shadows of the city, he wears a suit made from the carcasses of old robots. Survival has been his whole life and now after his family is gone, their teachings are all he has left.

Sleek and ruthless, the MP bots are amongst the most feared adversaries in the Voids universe. These bots are equipped with state-of-the-art technologies which make it easy for them to hunt humans.

Adofo has spent more than 15 years at the top of the Coliseum rankings, making him a true exception to the rule. He received his unique armor as a reward from the robot race for smashing all previous records. While he enjoys showing off his tremendous skills in battle, he is just biding his time, looking for the right moment to escape.

Evora is in charge of making sure that the battles at the main coliseum go off without a hitch. She is quick and merciless in her actions. She is quick and ruthless to eliminate any signs of threat, even if it comes from one of her own friends.

Each and every item—whether it is a weapon, armor, arena, or treasure is a distinct NFT that may be exchanged on the Open Market.

Beat your opponents to get in-game rewards like a new rifle.

If you are more of a creator than a destroyer, you can create weapons, armor, and many other in-game assets that can be sold on the marketplace.

Just sit back and watch your assets grow, while other players play to earn for you.

Step out into the world and find legendary items while you fight, hide and run to stay alive.

You can charge users at the point of entry after creating your private arena.

The main team has a highly experienced team of developers that are collaborating to provide users with a dynamic gaming experience. Moreover, their recent partnership announcement with Genblock Capital, Only1allies, Anti Fund, CyberFi Samurai, Dutch Crypto Investors, and DuckDAO with further improve the quality.

VOIDcoin is used as the universal currency. Moreover, you can use the VOIDcoin in both the game and on public trading platforms. You can use the token to buy items within the game or exchange it for other forms of crypto or fiat money. Each item be it a gun, armor, treasure, or arena NFTs can be exchanged on the open market.

The game's very own marketplace consists of players, weapons, armor, and arenas. Each category consists of different classes of items and if that is not enough they have also introduced a black market. You can buy rare and uncommon items from the black market. Moreover, you can also buy VOIDcoin directly from the website.

The game is promising, unique, and has a captivating storyline. VOID lets you evolve, enhance, and upgrade as a game character with a lot of personalization. The game is the one to look forward to next year. It will surely add a lot of value to play and earn games.

Check out our other blog on the Football NFT game that is making rounds in the blockchain gaming industry.

Meanwhile, have you checked out our Top 500 Best Play To Earn Games? Its the longest list in the whole universe, well of this planet will also do. All the p2e games are on there, game reviews and links to the pages. Check it out!

PlayToEarnGames.com is a website where we keep an overview of all games in the genres of P2E, NFT, Crypto, Web3, and Blockchain games. Check out our games page or find a "play-to-earn" games list here. More information about W3 Play can be found on our about us page. Our news is daily updated on all video games and game developers.